It was my birthday and the gods smiled down upon me

The box is beat to hell, but looks like all the contents are here and look fresh as fuck. It even has the advert stuff (not pictured). 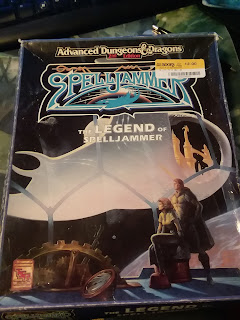 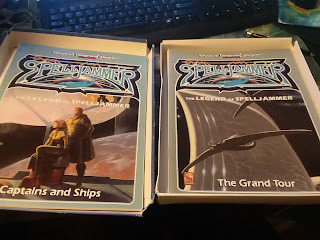 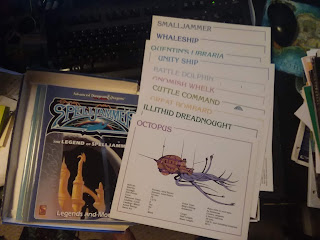 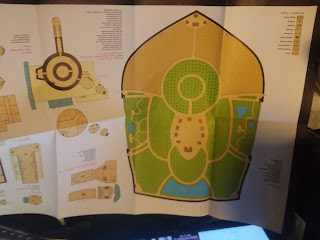 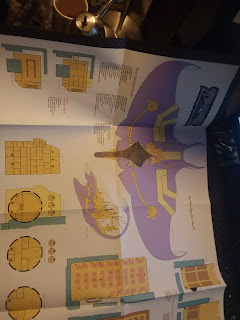 Blog Posts I Found That I Think Are Cool

It's the end of the month and with the slow death of G+ there's been a push to once again do the blogosphere thing which includes collecting RPG blogs into OPMLs for reading in feed readers, something I have never done before. Now while there are several bloggers who I will no longer read, mostly because they play ACKS and I don't really even want to deal with that shit, and there have been the occasional flaming asshole grognard post, it's been a pleasant experience overall.

So some cool posts in no particular order, and they may or may not be recent posts. I've been pretty far back in time thanks to feedly.

Methods & Madness did several posts on taking the different ways on Dark Souls weapon and how damage scales with attributes, something that never occurred to me to port over. It might even placate my deep hatred for 'finesse' weapons. He also did some rules on combat maneuvers that use damage to influence the success, similar in concept to what I've recently written up.

Into The Wyrd & Wilds is doing some cool forest stuff like Wild Elves and treating the forest something like a dungeon. Creepy spooky magical forests are something that I personally like to do, and have had one been a continual fixture in my constantly mutating setting.

Weird & Wonderful Worlds has some weird and cool weapons.

Remixes and Revelations has something on uniquifying orcs, which I like because orcs.

Joe Banner has some cool ideas on restating orcs as ogres to fit with the current conception of them as fantasy klingons. Which again I am sucker for, and also have thought about.

Meandering Banter made a thing that automates rolling on a list you input.

Michael Prescott at Tirlemma Adventures explains Powered by the Apocolypse for old school d&d players. He's also been working on a pbta mecha game. Not that I need another mecha game, but...

Emmy Allen of Cavegirl's Game Stuff finished The Stygian Library, a procedurally generated pointcrawl thing that's a sequel to The Gardens of Ynn. The subjects of both, creepy extradimensional library and extradimensional decaying gardens, really strike a Chris with me. I'm planning on starting a solo Gardens campaign for my spouse soon. You can find both here.

Evlyn of La Chaudron Chromatique took a drawing she did of a mole princess and turned it into enough material someone could start a campaign with it. Also, Undersoil is so good.
at October 29, 2018 No comments: Links to this post

Email ThisBlogThis!Share to TwitterShare to FacebookShare to Pinterest
Labels: blogs

Real World Weapons - I guess I should have houserules edition 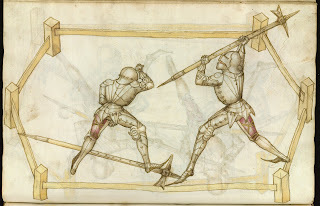 Pollaxe - 1d8/1d6 It can used from the second rank as a spear doing 1d6 damage or in close melee as a mace/axe/hammer for 1d8 or as a spear for 1d6. It can be used to make trip attacks against foes in close melee with a +2 to hit dealing minimum damage (still roll damage though) and needing a save vs paralysis/petrifaction with a penalty equal to damage rolled or fall prone. 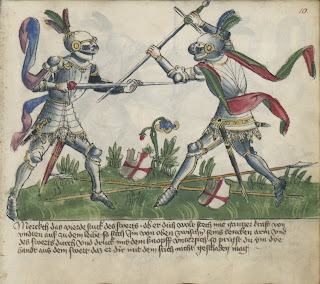 Longsword/bastard sword - Can be used to halfsword allowing it to be used in tighter quarters and giving a +1 to hit vs plate mail or better armor. It can also be used to make trip attacks like a pollaxe but with no bonus to hit.

Greatswords/zweihanders - Can be used make a single attack to all, friends and foes, in front at -2 to hit each for 1d8 damage. While fighting defensively do not include any additional penalties.

One-handed flails/axes (other than pollaxes) - Can be used to make trip or disarm attacks as a polleaxe with no bonus and dealing no damage.
at October 15, 2018 No comments: Links to this post

I was thinking about ways to make larger weapons, greatswords in particular, different and worthwhile without giving them a bigger damage die. As I did this bit by Giacomo di Grassi popped into my head

The two hand Sword, as it is used now a days being four handfuls in the handle, or more, having also the great cross, was found out, to the end it should be handled one to one at an equal match, as other weapons, of which I have entreated. But because one may with it (as a galleon among many galleys) resist many Swords, or other weapons: Therefore in the wars, it is used to be place near unto the Ensign or Ancient, for the defense thereof, because, being of itself able to contend with many, it may the better safeguard the same. And it is accustomed to be carried in the City, as well by night as by day, when it so chances that a few are constrained to withstand a great many.

Which made me think somewhat of the way shotguns are portrayed as 'Street Sweepers' and the like, and how suppressive fire works. Simply put, a person with a large sword can stand against many lesser weapons. A large space can be covered with one if one were inclined to made broad sweeping blows.

Aside from doing something boring like a bonus to fighting defensively, which could be done I guess, I thought about the reason why it can withstand against many. It threatens to delimb anybody in reach, ignoring attacks of opportunity style rules (which if you aren't using might be cool to allow with greatswords and similar weapons when used defensively), I've considered treating them similar to a shotgun or automatic fire, attacks against everyone in reach at a penalty (-2 sounds about right).

Large swords cover a large amount of space and were used to defend areas because of that.
Possible extra bonus when used defensively.
Possible free attacks when entering and leaving the zone of death.
Recommend "shotgun" style attack all in front at a penalty (-2) for reduced damage.

Addendum: Matt Easton did a video on the zweihander 4 days after I wrote this.

One-handed flails may or may not have actually been weapons.

Yeah ok, whatever, in the context of reenactment or HEMA that matters. But this is D AND FUCKING D, so whatever.

I fucking hate flails. Not because they aren't sick as fuck (THEY ARE). Not because they probably weren't real (Dragons anyone?). Because you always get some nerd that wants special powers for their flail, and since like a dumbass you didn't scrub it from the available equipment list you now have to make up some fucking rules for flails.

Treat them like axes, only shitty because they can't chop wood. That means axes and flails should both be able to do shit like tripping, hooking, disarming and shit like that.

PS let Flail Snails do that shit.
at October 14, 2018 No comments: Links to this post